HCG diet recipes do not have to be bland. Here is a great achiote paste recipe to spice up any old otherwise low-flavor whitefish or chicken breast. END_OF_DOCUMENT_TOKEN_TO_BE_REPLACED

HCG diet recipes can and should be delightful. In face, this recipe for Asian Lime Whitefish is so good that you will want it even when not on the hCG protocol. END_OF_DOCUMENT_TOKEN_TO_BE_REPLACED

HCG diet recipes can and should be delicious. Lea Woodall tells about her success on the hCG protocol and provides a few of the recipes that helped her get great results. END_OF_DOCUMENT_TOKEN_TO_BE_REPLACED

The HCG diet menu will keep you slim for life. During the protocol, HCG diet foods must be low in fat. Dietary fat distracts the metabolism of abnormal body fat and leads to the storage of body fat in the presence of dietary carbohydrate. Here is how to make this protocol work to keep you slim the rest of your life. 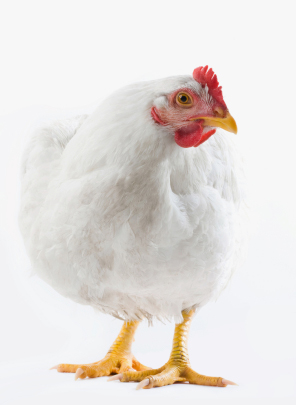 The widely known four main components of the HCG diet consist of: 1) a low fat meat protein source; 2) a vegetable; 3) a fruit; and, 4) crackers or breadsticks. These four categories primarily represent two of the three food groups, i.e., protein and carbohydrate. All of them are either low fat (meat, vegetable, fruit) or no fat (crackers).

Recommended meats are obviously the sources of protein. The other three categories are sources of carbohydrates. They are allowed either as whole foods (vegetables, fruits) or in very limited amounts per meal (crackers).

The low carb part of this protocol is crucial for keeping the liver from becoming saturated with stored carbs. A carb-saturated liver converts excess carbs to triglycerides that go back into the bloodstream and eventually into storage in fat cells. Neither of these outcomes is healthful when excessive.

The food choices themselves are excellent for a lifetime of healthy eating in many respects. These foods can be consumed in sufficient quantities to meet the daily caloric needs of any Basal Metabolic Rate.

Foods that upset metabolic balance would still do so. Examples include sugars, starches, and processed carbohydrates from all sources, especially those from wheat and rice. They also include super sweet fruits such as grapes and bananas.

Staying Slim After HCG Not Guaranteed

Too many overhyped HCG diet clinics and online promotions claim that the HCG diet will keep your fat off for the rest of your life. This is poppycock. Such claims mislead people into thinking that they do not have to alter their lifestyles. Here is what I guarantee: If you get to your target weight using the HCG protocol, then go back to eating foods that made you fat in the first place, you will get fat again. It is that simple.

The Problem With Protein

This food group is routinely ignored in almost all weight loss diets, at least as far as worry about any effects on weight gain. Arguments instead revolve exclusively around the roles of fats and carbs. Protein, however, does play a role in maintaining body fat. This is a complicated topic that deserves articles by itself. However, here is what more than 50 years of research shows very clearly: You will live a long and healthy life if the amount of protein you eat constitutes as little as 5 percent of your total calories.

Excess protein is, indeed, a problem. We eat too much of it, especially from animal-based foods.

You do not need a dedicated protein source at all. The typical sources of protein for vegetarians (beans and grains) would not work during the protocol because of their high carb content.

However, you can get all the protein you need from spinach. The good news is that you can eat all the spinach you want and never disrupt your progress during the HCG protocol. And you will never be hungry if you eat as much as spinach as you can hold.

By the way, this advice also extends to adopting a vegan lifestyle for life. Studies have shown over and over that excess protein intake, primarily from animal-based foods, is bad for your health in many ways. Overweight is just one of those ways.

For a good HCG diet menu,

The HCG diet menu is radically different between Phase 2 and Phase 3. This list of foods clears up a lot of questions about what exactly is acceptable during Phase 3. As it turns out, this is also the ideal list of foods for long term lifestyle choices.

It is just plain silly that the HCG diet can be remotely considered as controversial. This hormone-directed diet protocol was established more than 50 years ago. It continues to increase in popularity because of its effectiveness. The HCG hormone targets the reduction of abnormal fat, which is not possible by diet alone or by any combination of diet and exercise. Here are some new perspectives.

The original plan was created by a British medical doctor, Dr. A.T.W. Simeons, in his clinic at the Salvator Mutidi International Hospital in Rome in the 1950s. His book, Pounds and Inches, describes his discovery and experience with the protocol. He also outlines the protocol in sufficient detail for any reader to follow it without difficulty. This book is freely available on many websites.

The purpose of this article is to provide some updated information on the HCG diet and to puncture at least a few fallacies that have arisen regarding it.

As you can expect, media coverage of Dr. Simeons’ protocol has been mixed. This is to be expected because of yellow journalism, not necessarily because of the merits of the protocol itself. For this reason, using HCG for weight loss has been called controversial. This controversy has been made up out of thin air.

Most of the scientific research evaluating HCG for weight loss was published in the 1960s and 1970s. Some medical researchers confirmed Dr. Simeons’ original results in controlled clinical experiments. Other medical researchers failed to confirm these results, even when following the same experimental design. If anything, this would be a legitimate source of controversy. However, media coverage has never mentioned this body of research.

500 Calories Per Day Does Not Lead To Starvation

People from all walks of life, health professionals and the public alike, rightly observe that a 500 calorie per day diet alone would be too little food for normal metabolism. What they fail to note is that the HCG hormone changes metabolism to make up for the calorie restrictions of the Simeons protocol. This means that abnormal fat becomes a source of calories for daily living.

The statement above means that you can live off of your own fat when you are using the prescribed dosages of HCG and eating the prescribed foods in the right amounts. Explaining how the protocol works in this statement comes across to some people as pure gibberish, so all they can dwell on is the fear of living on only 500 calories per day. It doesn’t seem to matter that another 2000 calories can come from their own fat.

New Perspective On How HCG Works

Dr. Simeons astutely pointed out that HCG influences fat metabolism by signaling the hypothalamus of the brain. He was guessing that this protein hormone fit into hormone receptors of some kind that were already in the brain. The exciting aspect of his guesswork is that, in 1994, a new protein hormone was discovered to influence fat metabolism by signaling the hypothalamus, too. This hormone, called leptin, is now widely known as the master fat hormone.

Current research on laboratory animals is starting to show how HCG and leptin might interact by signaling the same receptor sites in the hypothalamus. Research on this interaction is too new to show how this works. However, HCG and leptin clearly influence one another. Furthermore, the influence of leptin on insulin also leads to an indirect response between insulin and HCG. One property that all of these protein hormones share is that overexposure to each one leads to resistance. Leptin resistance leads to storage of too much fat. Insulin resistance leads to abnormal blood sugar metabolism (and fat storage) and eventually to diabetes. HCG resistance simply stops this hormone from working completely.

As weight loss proceeds on the HCG diet, skin seems to shrink up, too. The benefit is that, unlike all other weight loss diets and even weight loss surgeries, skin does not get loose and saggy while you lose weight.

Some people believe that a great benefit of HCG is that it works regardless of whether they exercise. The entire protocol is effective whether you sit on the couch the whole time or run 10 miles per day, and at the same level of effectiveness either way.

Perspective of the FDA

The FDA is not a government agency that is concerned with helping us be healthy. It is the enforcement arm of the pharmaceutical industry. The position of the FDA on HCG for weight loss is irrelevant to anything useful for the public. In fact, I predict that the FDA will ban the use of this hormone for losing weight as soon as it gets enough attention to threaten the drug industry.

HCG was first called the pregnancy hormone because pregnant women produce high levels of it during the first trimester. One subunit of this complex protein is also produced by women during menstruation. Comments that imply some kind of feminization of men upon taking HCG are plain silly. Quite the contrary, since bodybuilders often use HCG to restore low testosterone levels after taking an anabolic steroid series.

HCG is not just a hormone that is produced only by women. Men have the genetic machinery to produce it, too. One of the subunits shows up in measurable quantities as a product of certain kinds of cancer. It is used clinically as a marker for testicular cancer. Keep this cause and effect straight. Testicular cancer causes a positive test for HCG, not the other way around. Comments on the Internet that invoke the fear of HCG causing cancer get this cause and effect backwards.

No. Weight loss on this protocol does not grant carte blanche to eat poorly without consequences. Ice cream and cookies will make you fat, regardless of whether you lose weight on this protocol or any other kind of diet. Claims about keeping off fat forever are true only when dieters adopt appropriate lifestyle changes that support healthy weight management. It is only logical. If you do things that made you fat in the first place, then those same things will make you fat again.

All the best in natural health,
Dr. D