Scientific research and explanations for weight gain and obesity reach back more than a century. Based on this research, modern advice on how to combat fat gain is almost entirely wrong. Diet and exercise are ineffective, no matter what your doctor or other uninformed experts tell you.

FATTENING DIETS TO THE RESCUE

To address the promise of the title of this article, fattening diets are instructive because they tell us how people get fat when they want to. This means that, theoretically, you can do the opposite and get slim. Of course, nothing is that simple. Nevertheless, this will point you in the right direction. I will first explain how to get fat, and then I will suggest how you can use this information to lose fat and never get fat again.

Champion sumo wrestlers of Japan have to get fat and stay that way. They attain a typical weight of more than 300 pounds by their early twenties. The most comprehensive English-language research article on this topic was published by Tsuneo Nishizawa in The American Journal of Clinical Nutrition in 1976.

Nishizawa reported that the elite group of sumo wrestlers consumed on average almost 5,500 calories worth of pork stew every day. This stew consisted of 780 grams of carbohydrate, 100 grams of fat, and 365 grams of protein. The second tier of wrestlers averaged 5,120 calories per day – based on 1,000 grams of carbohydrates, 165 grams of protein, and 50 grams of fat. This second group weighed as much as the first, although they were significantly fatter and less muscular.

The message is that pathological obesity in young men in their prime is caused by a very low-fat, high-carbohydrate diet. Now ask yourself, does this resemble anything like your diet?

This goes back much further into history. In 1857, European explorers reported that Abysinnian nobility in West Africa followed the custom of fattening their wives to such an extent that could not stand upright. A typical beauty would reach immense size, measured as a 52-inch chest, 24-inch arms, and 30-inch thighs.

On hindsight, the fattening diet of these women consisted of at least 1,000 extra calories per day in carbohydrate, and often more. That’s it. Think about this for a moment regarding dietary habits of modern Americans. What would it take to add 1,000 extra calories per day of carbohydrates if you just consider bread, tortillas, bagel, cookies and cakes, crackers, chips, and sodas? One and half Big Gulps alone would be 1,000 calories!

Avoid carbohydrates unless you WANT to get fat!

Specifically, avoid carbs that come packaged in nutritionally-deficient foods. Avoid white foods in general. This does not mean fruits and vegetables. It means starchy or processed foods that give you carbs and almost nothing else. The negative impact of these foods is huge.

By the way, diet foods and drinks that are sweetened with artificial sweeteners do not help. Some are so toxic that they should never have been approved for human consumption. That’s a topic for another day. I suggest you do some serious research on them, and I strongly recommend that you avoid them completely. Sugar-free sweet foods and drinks will kill you faster than a high-carb diet will.

WHY THIS IS SIMPLE-MINDED ADVICE

Fine, avoiding high-carb foods will keep you from getting fat. However, if you are already fat, it is more than likely that this strategy will not be sufficient for slimming down and staying slim. The main reason is that, once you are fat, you have already developed a tremendous imbalance in several kinds of hormones. The most important ones are the steroid hormones (specifically estrogen, progesterone, and testosterone – for men and women alike) and the protein hormones that include human growth hormone, leptin, and insulin, among others.

The fundamental reason that weight loss diets have such a high failure rate is that they do not address the underlying hormone imbalance that keeps you fat and that gets you fat again on the rebound from prior weight loss. By the way, exercise will also fail for the same reason. Once you have a fat person’s metabolism, you will continue to have a fat person’s metabolism – even if you have lost weight – when your hormones are imbalanced. 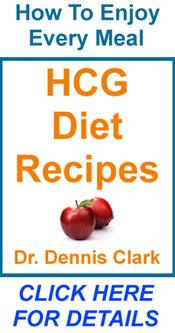