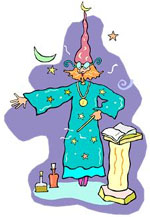 The hCG diet plan has been solid for more than 50 years, which still does not stop conjecture that may or may not be backed by science. Here is some of the latest thinking that implies cause and effect, although there is no way to know for sure.

Science generally (hopefully!) marches on, which is why it is gratifying to see clinical results such as those that I recently posted here: HCG Diet Plan – Real Science. It is far more important to consider these results than to get caught up in what scientists are doing to figure out how and why people get fat.

For example, ever since the discovery of the master fat hormone, leptin, in 1994, studies have been looking into how it works for healthy fat metabolism and, more importantly, what makes it stop working in the development of obesity.

A minor component of this research direction involves hCG and leptin, since both are supposed to work in the hypthalamus of he brain. One idea is that hCG might even influence the same hormone receptors that normally function in leptin signaling.

Most of the possible interactions between hCG and leptin are conjecture at this point. They may turn out to be closely linked mechanistically, although at this time linking them is conceptually the equivalent a leap over the Grand Canyon.

The reason that I mention this today is based on an email that I received, and my answer to it, which I have copied below. It makes for some interesting reading, I think.

Here is the email and portions of my response:

Thanks for thinking of me for this interesting note.

My first thought is that science NEVER proves anything. Any time I see the word ‘proof’ or its derivatives, I know that it does not represent critical scientific thinking. I have highlighted these red flags in … well, red … in the original article below [now in yellow background for this post]. The best and most accurate statement in this article is: “…there is NO scientific evidence proving that the use of the hCG hormone for weight loss unblocks Leptin Resistance.” Of course!

[Added note: This does not keep people from inappropriately bandying the word ‘proof around. Indeed, the FDA uses it frequently, even demanding ‘proof’ for new drug approvals.]

Keeping track of fuzzy scientific thinking is addressed it in my book (HCG DIET – THE NEW DEFINITIVE GUIDE) in the following section, beginning on p. 50 (quoted italics below):

Deciding whether any single study is good science or not may seem like an overwhelming task. This is a highly dynamic process that keeps scientists busy looking for ways to study an issue so they can provide clear-cut answers to multiple related questions on any topic. At any point in time, we have many more unanswered questions or ambiguous answers than we have clear-cut answers. This is especially true of research on weight loss.

Nevertheless, you can often find strengths in research if you are good at watching out for weak thinking. Yes, scientists can exhibit weak thinking, just like anybody else. Remember, we are human!

The most common example of weak thinking is the claim, “…there is no evidence for…,” something. For example, here is a quote from Stephen Barrett, M.D., at Quackwatch, regarding the hCG weight loss protocol: “[Dr. Simeons] … claimed that HCG would mobilize stored fat; suppress appetite; and redistribute fat from the waist, hips, and thighs [1]. There is no scientific evidence to support these claims.” This is a very common way to criticize something. If you think about it, though, it would be equally valid to say, “…there is no evidence against…,” something as well.

Barrett followed his comment with a list of references that show negative results, including two that Dr. Simeons had already rebutted (as cited below, the one by Craig and the one by Frank). It is informative that Barrett did not mention the rebuttals at all.

Why is this weak thinking? The main reason is that such a quote is used to criticize the hCG protocol in the absence of any positive results from experimental research. If there, indeed, had been no research, then there can be no experimental results that confirm or reject the protocol for weight loss. Using the absence of data to provide negative support is simply weak-minded and misleading.

Another reason that this is weak thinking, which verges on being unethical, is claiming ‘no evidence’ when, in fact, there is evidence. In the case of the hCG weight loss protocol, there is, indeed good evidence in the scientific literature that confirms the Simeons protocol. There is also evidence that rejects it. You will see examples of both of these studies below.

A second kind of weak thinking, one that plagues the Simeons protocol, goes something like this: “Nobody knows how it works, so it couldn’t possibly work.” This is just plain silliness. Physicists don’t seem to have a problem accepting the existence of gravity, even though nobody really knows how it works. Nevertheless, medical researchers often claim a failure to understand the mechanism of a process as a basis for denying that the process exists.

The final example of weak thinking that I want to explain entails conducting a repeat study that fails to duplicate the experimental design of the original study, then using negative results to condemn the positive results of the original study. This was a common practice in the early years of the hCG protocol. Dr. Simeons sometimes rebutted these studies, which I describe below.

The Importance of Positive vs. Negative Results

Unfortunately, negative results are often published, with no afterthought about analyzing the experiment itself and doing it better the next time. This would be cost-prohibitive. Research studies are often conducted by several researchers, working on a study for weeks or months at a time, involving recruiting and keeping track of numerous volunteer subjects. A single study may cost hundreds of thousands of dollars. Analysis, reflection, and do-overs, therefore, do not happen very often.

Regarding the Research on HCG and Leptin

Finally, I took a look at the abstracts and full articles linked in the article below. They make no mention whatsoever of hCG and weight loss. What these articles represent is the wrestling that scientists do when searching for mechanisms of action. Leptin resistance has at least two levels and therefore at least two mechanisms of action. The research cited here aims to explain the correlations (not cause and effect) among leptin levels, obesity, triglycerides – i.e., some of the many components that make up a very complicated hormone signaling pathway.

The most telling statements that I read are: “We conclude that triglycerides are an important cause of leptin resistance…” (from the 2004 ref. in Diabetes) and “…chronic dietary fructose consumption evokes a leptin resistance that causes obesity only upon HF [high fat] exposure…” (from the 200 ref. in Am J Physiol Regul Integr Comp Physiol). Hmm…these folks don’t seem to be talking with each other. Fructose metabolism elevates triglyceride levels!!!!! Talk about a misguided claim for cause and effect!

The original email (in italics):

I haven’t spoken to you in a while. How have you been and what’s new with you?

I need your help from a scientist’s perspective. What are your thoughts on the following article?

CLAIM: The overweight/obese person can lose weight by controlling their Leptin levels to curb hunger by eating only when hungry for the purpose of weight loss with the use of the hCG hormone.

Leptin resistance has been scientifically proven to be a key component in the development of obesity.

The primary function of Leptin is to act on the hypothalamus, the part of the brain that controls appetite and satiety. Leptin signals the hypothalamus to reduce appetite because fat stores are high. This results in decreased food intake and hunger. HOWEVER, medical science has proven that Leptin is unable to cross the blood-brain barrier in obese/overweight people, which means it cannot stimulate the receptors in the hypothalamus. This is called Leptin Resistance. Science has proven that elevated triglycerides (found in the obese/overweight individual) BLOCK Leptin from crossing the blood/brain barrier via the hypothalamus to be released into the bloodstream. This is why obese people have Leptin Resistance. The only way to unblock Leptin Resistance is to LOSE WEIGHT which will also lower triglycerides.

CONCLUSION: There is no merit to the claim that an overweight/obese individual can control their Leptin levels for the purpose of weight loss. In addition, there is NO scientific evidence proving that the use of the hCG hormone for weight loss unblocks Leptin Resistance.

Please excuse me for being a little geeky today. I guess I get a little hot under the collar when I see evidence of scientists getting their only exercise by jumping to conclusions, especially when they should know better.

It is challenging for me to wade through scientific studies to dig out good work from all the rest. Most published science is not very good, especially when it involves human subjects. Nevertheless, I distinguish between clinical outcomes versus biochemical outcomes. When hCG leads to weight loss, meaning fat loss, that is the crucial clinical outcome. In contrast, when physiologists question how a hormone signaling pathway works, or contradict current beliefs on mechanisms of action, it has nothing to do with already established clinical outcomes. Explanations for how and why things work are subject to frequent change. Clinical outcomes are not.