The source of HCG may concern you, so here is a little explanation of where your HCG may come from.

All you have to do is look up HCG at Wikipedia for more details. However, the detail that one of my confused clients wanted lately is where HCG comes from. He had heard that there are two kinds of HCG, one from urine and one from placenta. His concern was that he ‘heard’ that the placental form was incomplete and less effective.

It is hard to track down this kind of hearsay. I could spend all my time looking to tie up loose ends from loose cannons like this one. Here are the pertinent details from the Wikipedia entry that should clarify this particular non-issue. (Full article here: Human Chorionic Gonadotropin)

Meaning: these are the potential sources of intact HCG of human origin.

Like other gonadotropins, hCG can be extracted from urine or by genetic modification. Pregnyl, Follutein, Profasi, Choragon and Novarel use the former method, derived from the urine of pregnant women. Ovidrel, on the other hand, is a product of recombinant DNA.

If you are not sure which one you have, then the key question to ask of your doctor or compounding pharmacy is which brand name is the source. The most common brand name is Pregnyl. 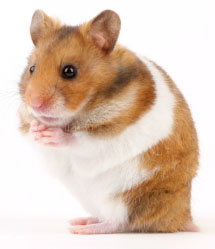 Regarding Ovidrel, the most complete information source that I found is Clinical:Ovidrel (Choriogonadotropin alfa) at Medpedia.

It seems by all accounts that r-HCG (Ovidrel) is not very likely to be the source of HCG for the diet protocol.

If this all seems a little technical, well…it is. Don’t you just love it!

Updates on source of HCG,