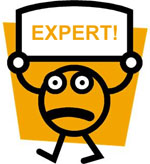 HCG drops must be a scourge of modern medicine. Experts say they don’t work. Tens of thousands of people who have lost weight on them say they do. Who is right?

The famous Dr. Oz chimes in on so much stuff that it is a wonder that he has any time to sleep, or to run his medical career. Actually, lots of information on his website is from guest contributors. Unfortunately, as smart as Dr. Oz is, he lets some really bad stuff slip by.

This morning I thought I’d just look around the internet to see what folks might be talking about in the aftermath of the latest FDA purge against hCG drops. The first article that I ran across is on the Dr. Oz blog, written by Pieter Cohen, MD, Cambridge Health Alliance, Harvard Medical School. He’s got to be a smart guy, too, right?

Here is what Dr. Cohen had to say about hCG drops in an article titled, The HCG Diet: Fact vs. Fiction:

hCG is also sold in stores and on the Internet as drops. Since injecting over a hundred international units of hCG is not proven to work for weight loss, drops which barely contain any hCG do not work.

…all studies show that it doesn’t work…

Of course, the overwhelming majority of physicians would not give someone a medicine that has been proven to be ineffective.

I’m kind of tempted to mention that modern cancer treatments entail the use of many ineffective and even dangerous drugs. Or that an entire drug industry is build around the myth that cholesterol-lowering drugs can reduce heart disease and mortality. That would be off topic, though, wouldn’t it?

Let’s just say that Dr. Cohen has undermined his own credibility with such a sweeping generalization about what the majority of physicians would not do, which they actually do.

Now let’s examine some niggling details that Dr. Cohen (and a whole host of his colleagues…maybe even including your own doctor?) seem to be blissfully unaware of.

If it seems as though some of this post is tongue-in-cheek, then it must be. Let’s first think about experts. They are always right, you know. And when they contradict one another, the fake experts must be wrong. Always be wary of experts … including me! I know plenty of scientists, medical researchers, credentialed experts, and folks with top college degrees. I am in that group, and I can say unequivocally that we are often wrong.

Let’s review some of what we really know.

Recall from above what Dr. Cohen said? …all studies show that it doesn’t work…

I cite some of the better research on the hCG protocol in posts on this blog (see: HCG Diet Results – Surprising 1959 Research and HCG Diet Plan – Real Science. And I review the studies with positive results as well as those with negative results in my book, HCG DIET – THE NEW DEFINITIVE GUIDE.

2) The word ‘proof’ is a logician’s and critical-thinking research scientist’s nightmare of a word. Scientific research does not prove anything, ever. It is logically not possible. What we do is set up experimental designs, in the context of the scientific method, that evaluate hypotheses that may or may not be supported by the results (i.e., confirm or reject predictions). Even our statistical analyses can only show correlations, not cause and effect.

Unfortunately, those geniuses at the FDA demand ‘proof’ of efficacy of a medicine before granting approval for its use. Obviously, their mental elevator does not go to the top floor when it comes to logic and the scientific method.

3) HCG drops are a relatively modern creation. For decades hCG was only used in its original form of entry, as injections. This is where clear thinking gets really dicey, because ‘hCG drops’ refers to a sublingual (under the tongue) route of entry. It does not always refer to what is actually in the drops, although you would think that it should.

Homeopathic hCG has several things wrong with it, including the fact that it contains little or no hCG. However, there are not studies to confirm or reject its efficacy. No studies. We have plenty of testimonials, which are a type of evidence to be sure. Just no studies.

The main point of confusion rests on referring to ‘hCG drops’ for all preparations of hCG that are used sublingually. In reality, homeopathic hCG and real hCG are both available in the form of drops. Any discussion about products using this route of entry should make that clear. Dr. Cohen does not. Indeed, I wonder whether he even understands the difference, since MDs don’t learn a lick about homeopathic medicine in medical school in the first place.

I suppose that I should stop here, before I start making this post sound too much like a rant. So I will. You get the idea by now anyway.

Oh, yeah, and: Beware of Experts.